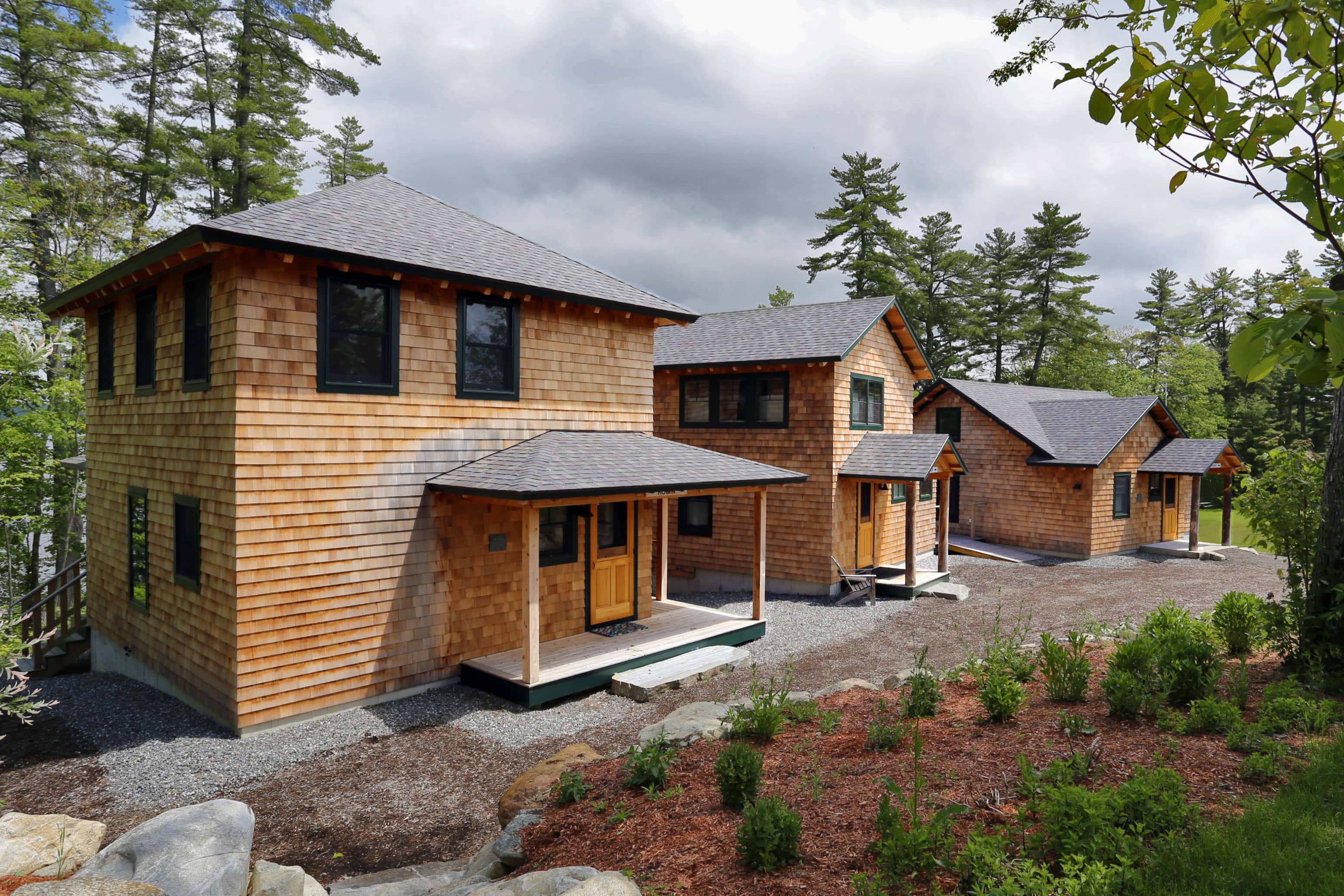 How do you maintain continuity in design across different structures? At a summer camp in Jefferson, three cabins juxtaposed and connected by a meandering wood deck allow the resident staff to feel connected to each other while offering them three distinct places to nest.

The Wavus Camp for Girls is a summer camp located on the west shore at the north end of Damariscotta Lake in Jefferson, Maine. Founded in 1922, the campus incorporates several features that make it unique, including water access, open fields, outdoor chapels, nature trails, meeting and dining halls, camper bunk houses, and staff accommodations.

The site chosen for the new staff housing facility was originally occupied by an assortment of five small cabins which housed up to four counselors in each cabin. Space was tight, and the structures, some of which were original to the camp, were severely depreciated and in dire need of replacement.

The owner approached 44 North Architects with a particular set of requirements. The replacement cabins needed to connect to each other in some way, either as one building or unified in architectural design. They had to respond to the history of that particular place on the campus and the cabins they were replacing. The new building/s had to be of a scale that was not imposing on the campus. It was also important that the building/s accommodate different staff lifestyles: while there might be a married couple in one unit, another unit would have to accommodate a pair of college students. Most importantly, the new building/s had to be “fun” and have a “campy” feel.

The solution presented was to design three distinct and separate structures that share a common theme, a tendon of design that gives it place and unity. The wood decks are the tendon, and the structures, while they share certain architectural details, are programmatically three unique accommodations in themselves. 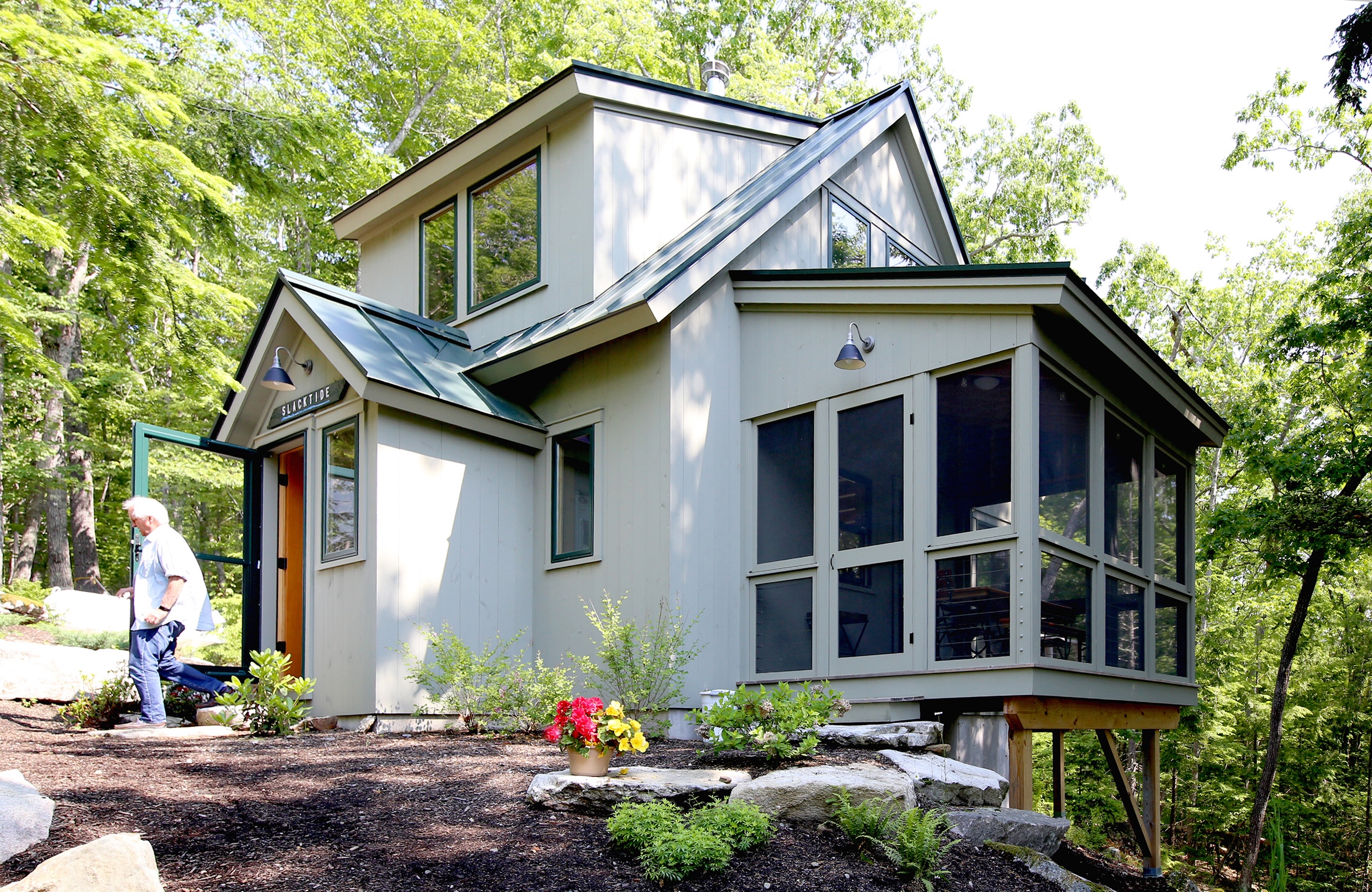 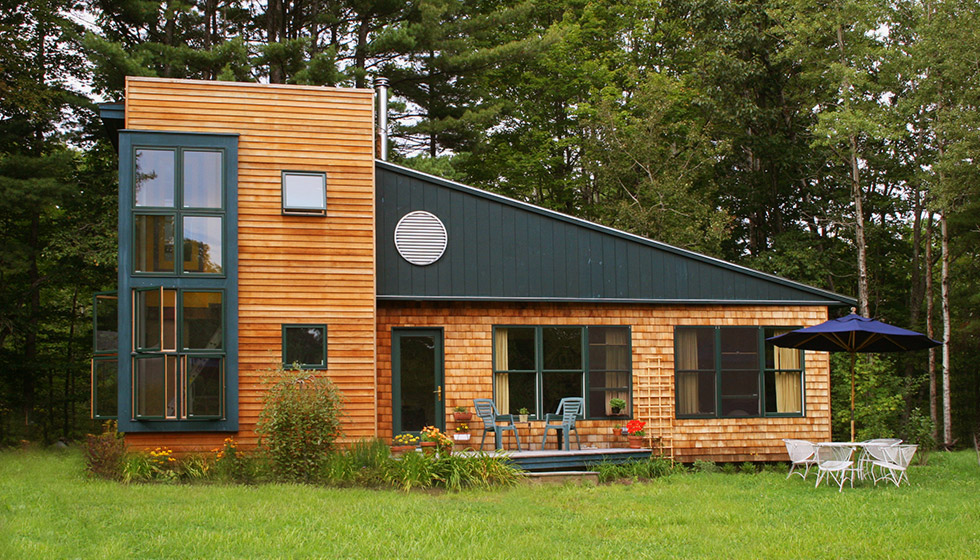 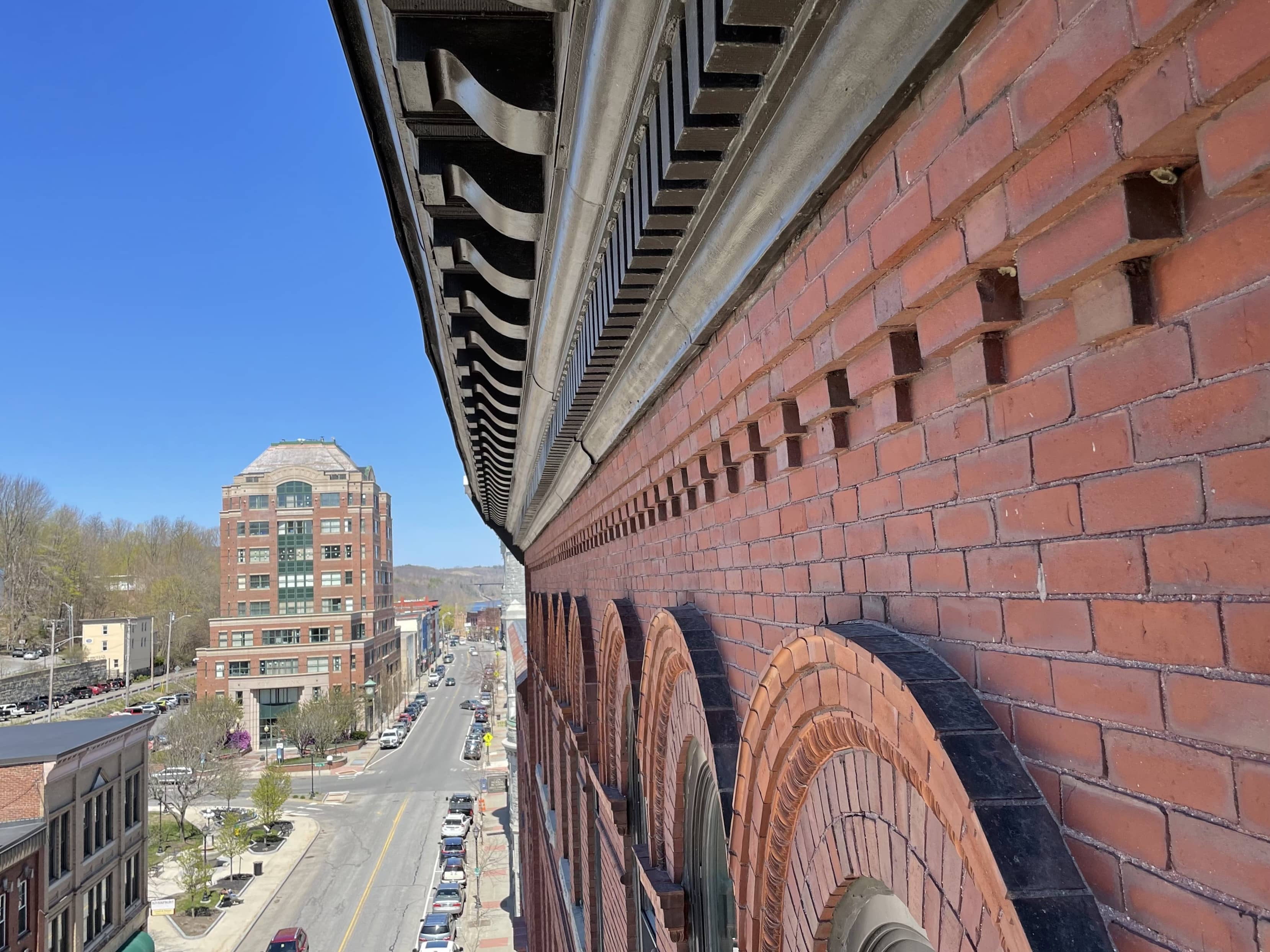 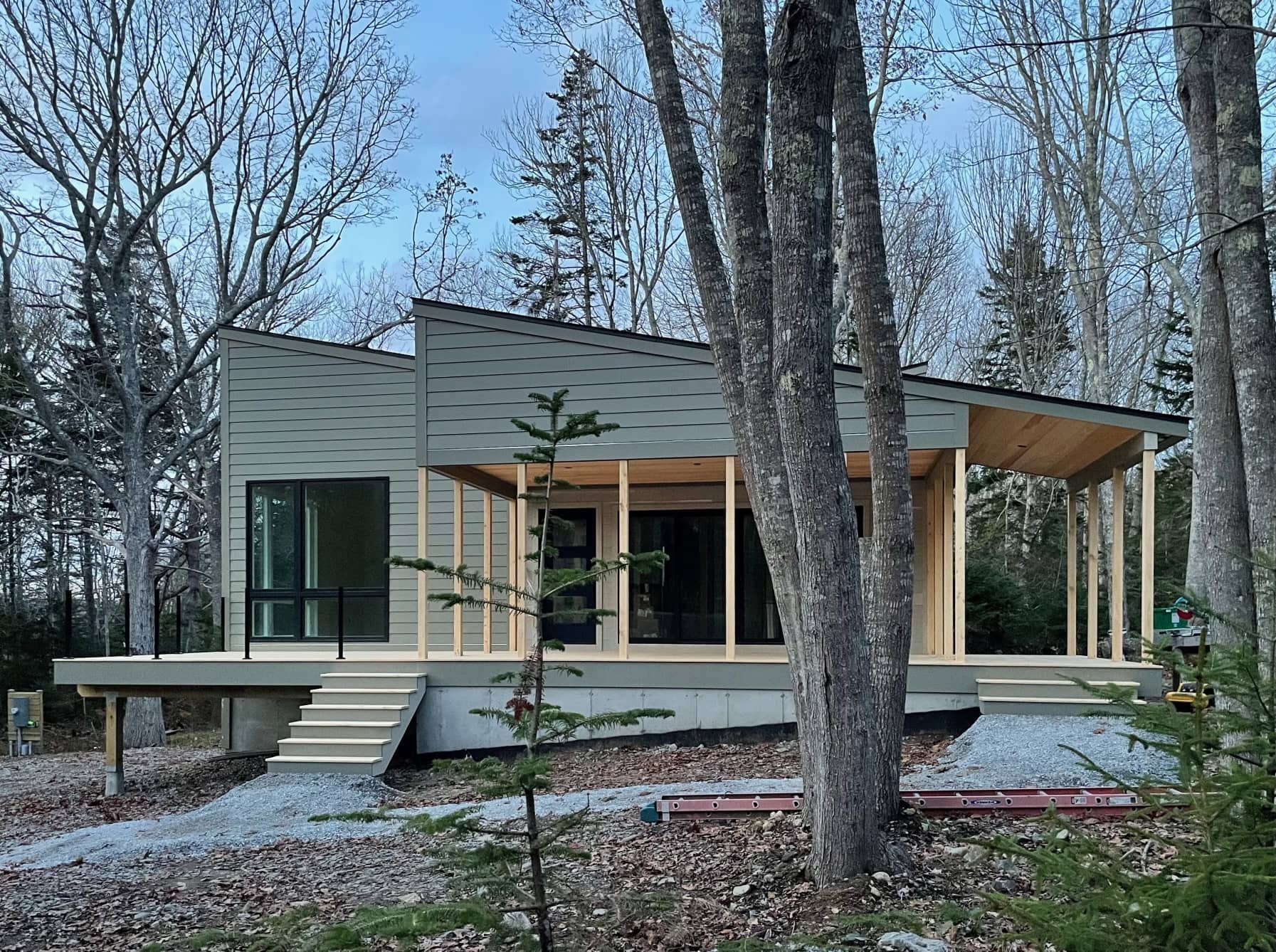